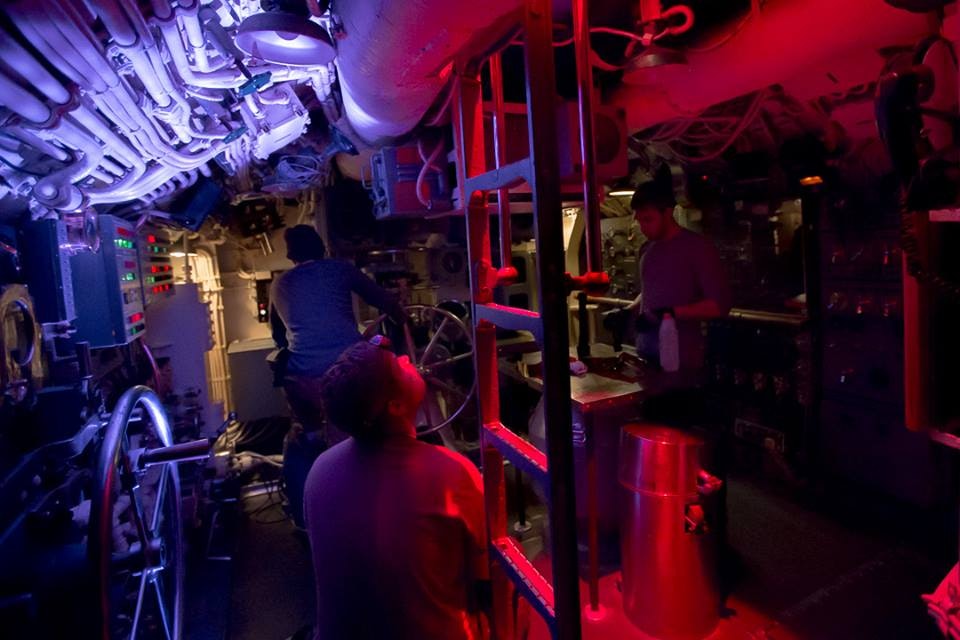 Fairwater Journal - Filming on a Submarine

When I sat with Cinematographer Claire Bruce to discuss a project she wanted to start thinking about it, I had a full plate and wasn't interested in taking on anything new.

"I will have access to film a project inside a World War II Submarine. Would you like to write and direct it?", she said.

She didn't even finish the rest of her words and I agreed on the spot. It instantly became the most exciting project I could ever imagine. The submarine she was referring to was the U.S.S. Silversides - one of the most decorated submarines in naval history and one of the few remaining in existence that isn't buried at the bottom of the ocean.

The challenges of coming up with an original story, of logistically filming inside a a decommissioned sub from the 40's, and shooting it on 35mm were so much fun that it outweighed any stress or concerns. For Claire to give me creative freedom to come up with something like that is still the best gift a filmmaker has ever given to me.

So over the course of a month and a half my creative partner Carol Kim and I tasked ourselves with coming up with a story that could be grounded in the real world - Fairwater was born.

With two amazing collaborators we built a crew and a schedule to spend 3 days cooped up inside a killing machine that still looked and smelled like it did some 70+ years ago. We wanted to create two different worlds (one inside the sub, one out of it) to keep the story impactful and pace it with balance and purpose.